A few hundred people sit on their lounges watching a rubbish current affairs programme eating a hurriedly-prepared dinner. Their nineteen eighty-something townhouse dwellings are beginning to show their age and are no longer de riguer in this suburb that has become stately all around them, leaving them behind.

Statistics say a majority of them are aged 45-54 and have held the same address for more than 15 years. They exist comfortable on an income just below the national average wage.

Apart from the lonely howl of a forgotten backyard pet and the frustrated screams of a father who has forgotten the joys he once knew of parenthood, this place probably isn't that bad. Who am I to judge, anyway? I am just a visitor in this neighbourhood.

I'm here to walk underneath these people and their townhouse dwellings and intrude on their underground. It wouldn't bother them - of the 15 statistical years, none of them have been down here or even know it exists. Blissfully unaware of this void they go about their daily lives. 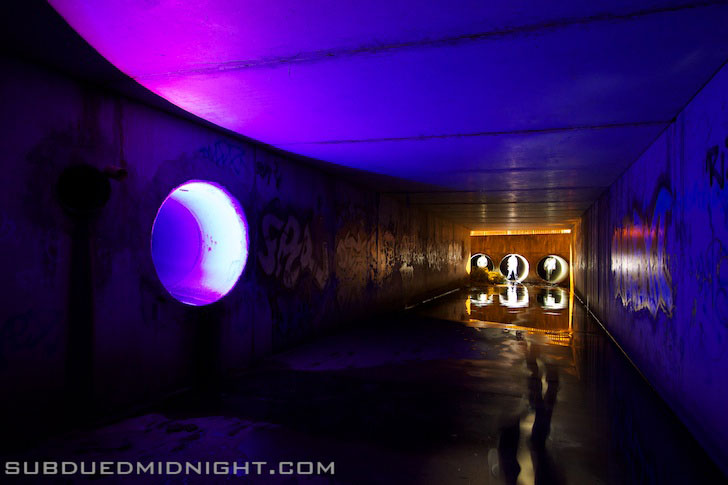 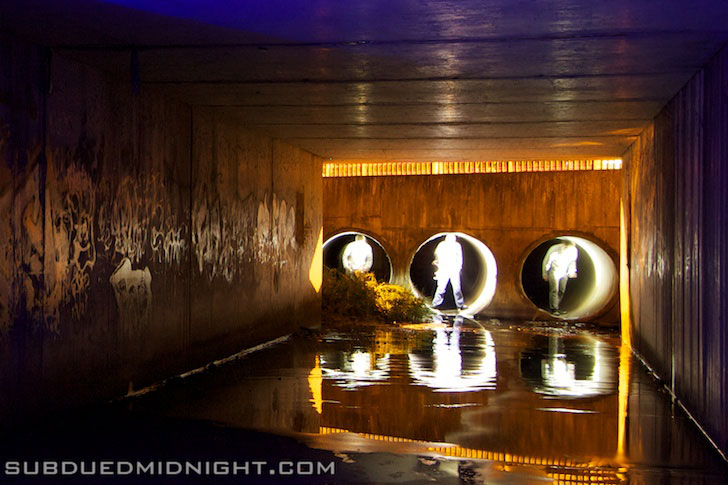 The open space is not something found in every drain. Looking back, I don't think I took full advantage of this canvas space. I'm more familiar with cramped spaces.

Ah... red and blue... the two colours that you don't want to come across when exploring. 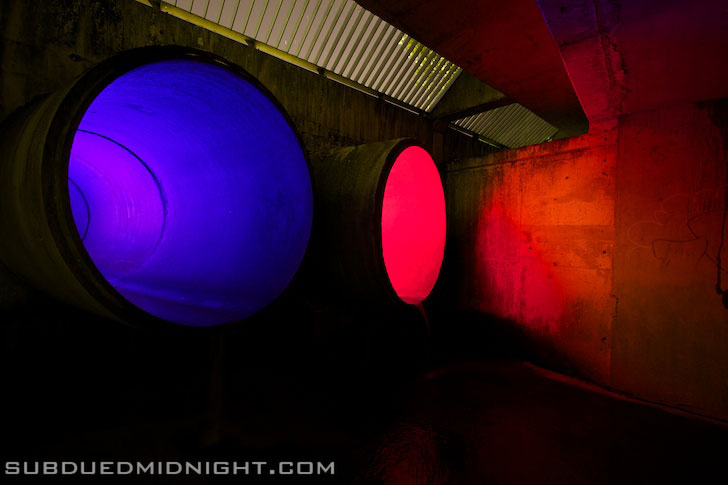 Not often do I take more than one trip to get the photos I want. Trip #1 was cut short when Spoz realised he had arrived minus a camera battery. Trip #2 was cut short when the lift we had taken to the drain had to leave to meet with others in the city to eat burgers. Trip #3 happened immediately thereafter when I drove back to spend some lonesome time. 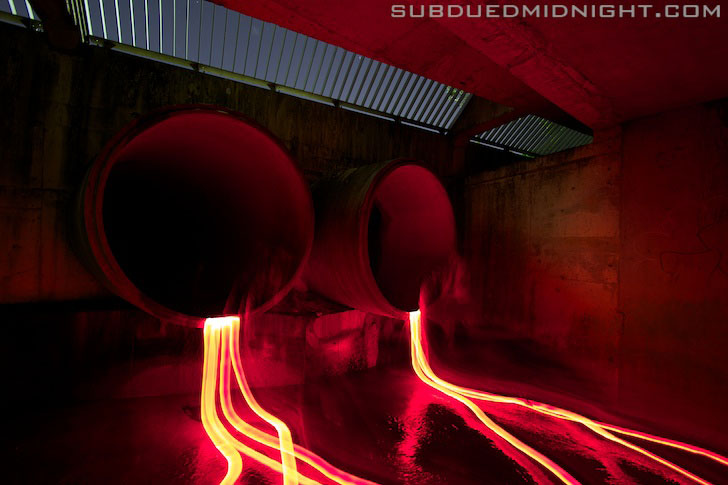 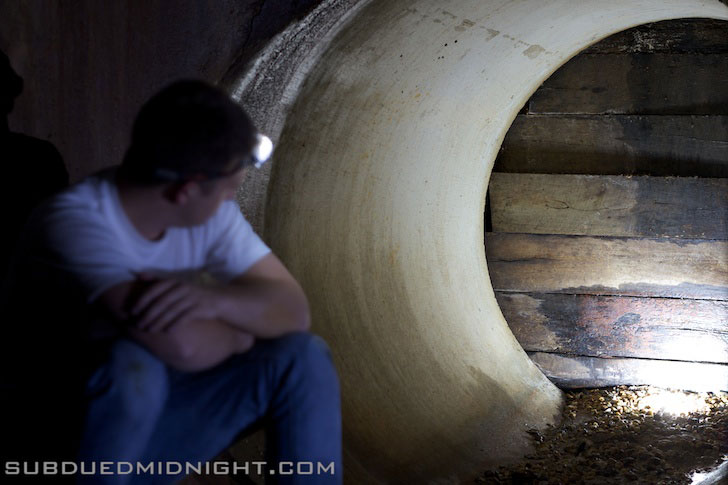 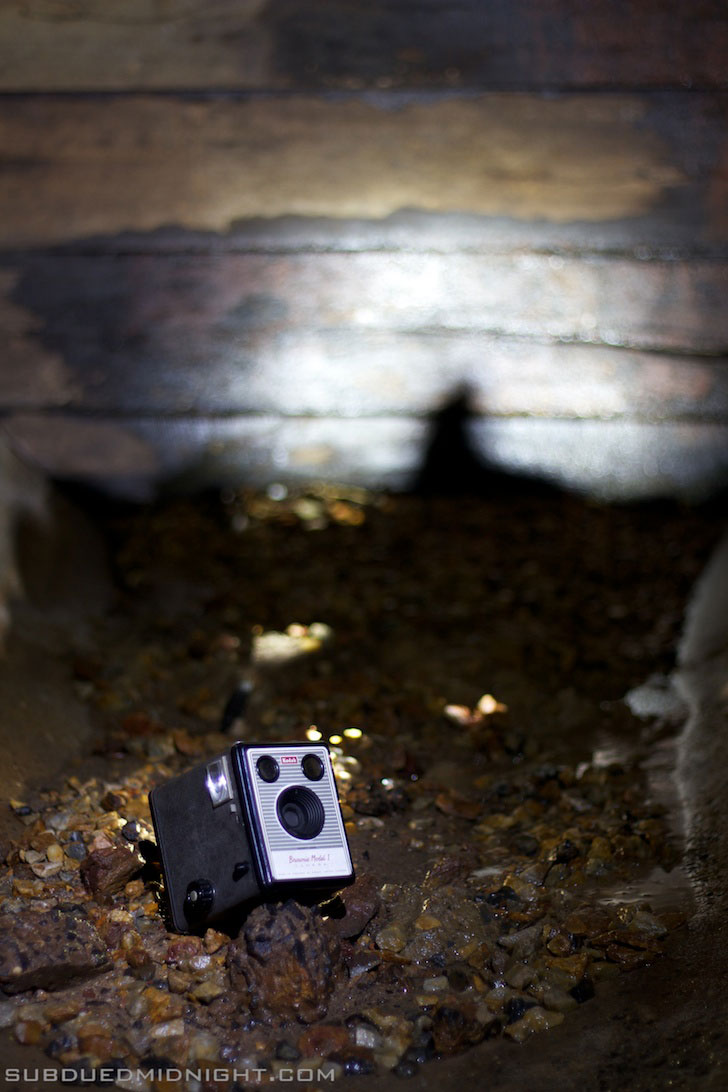