What's happening, armchair explorer? Come find me in your local storm water drain. Take me home, put me in your fish tank. Watch me grow.*

I'm gonna tell you why I do what I do. I'm gonna talk in vague generalities and you're gonna nod your head in understanding.

As children, we all grew up having a sense of adventure. And for most explorers of the night, this is where their story begins.

I grew up a toff li'l English boy thinking our neighbourhood hide-out dens with names like 'Mushroom Base' were real cool. And, in a way, they were. These hidden-away gems fostered our young imaginations and playful creativeness so that we could subsequently go on to become unimaginative, dull and barren B-grade specimens.

But I digress. When I grew up and became said specimen, I began to long for that sense of adventure all over again. Sure, life is interesting; I have other interests and passions which I pursue avidly. But I don't care if you're a doctor or dole bludger, surgeon or civil engineer, airline pilot or air guitarist. All this stuff is living in a fairly prescribed role. What I do, I do to remove the orthodoxy just once in a while.

It's not difficult. I just go for a drive or a walk and look for stuff that takes my interest, 'nuff said. Get to know a couple of people in the biz and things get even better.

I was inspired by movies I watched in my teens that glorified the dark underground rooms and tunnels of giant metropolises.

By day, I'm just one of you. Following my dreams. Thinking my life is enriched. Niching myself into a prescribed role. 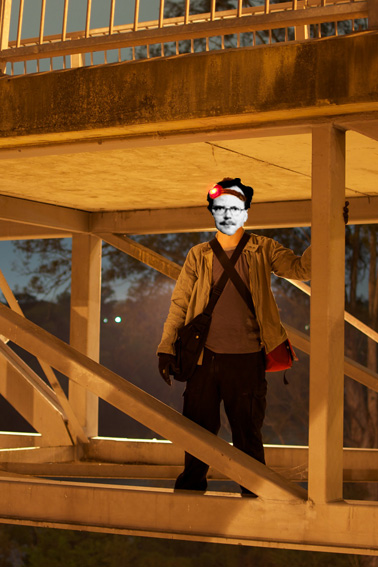