Solo exploring. This is a new town for me, my new home. Far away from camaraderie of close friends that I'm used to. I'm already missing the social side of exploring. Hundreds of miles from the nearest city, I am now a lone wolf. And I will be for many months.

Nothing changes the dynamics of exploring as much as the company in tow. Jumping a fence in the dark, and on my own, I feel something I've never felt whilst doing this sort of thing: apprehension in the knowledge that I am relying on no-one but myself. It's a cool feeling. Everything seems new to me again.

I had eyed this place off for many weeks before I even had a spare evening to go and explore it. I've been used to being able to go out and explore three or four times a week if I choose to. As a result, this drought of night-time adventures left me very excited and wide-eyed. 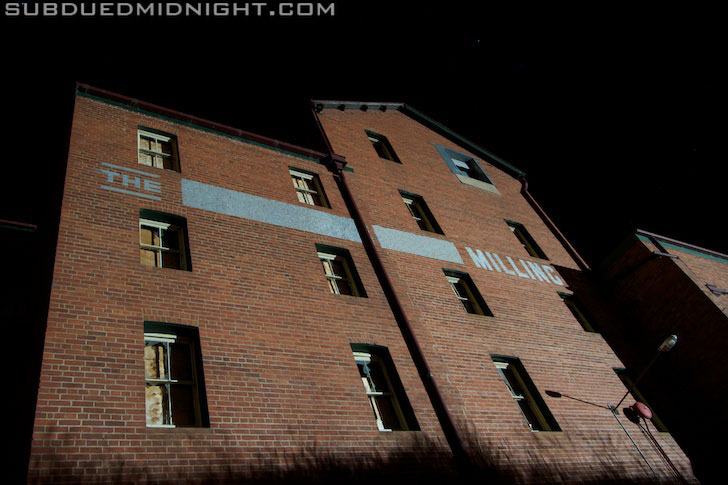 Scattered across this country's many towns and regional centres are the remnants of a once community-based and thriving industry. Wheat mills would typically be found next to the railway line that ran through the town. In many cases, both the mill and the railway are now in varying states of disrepair. Exploring time! 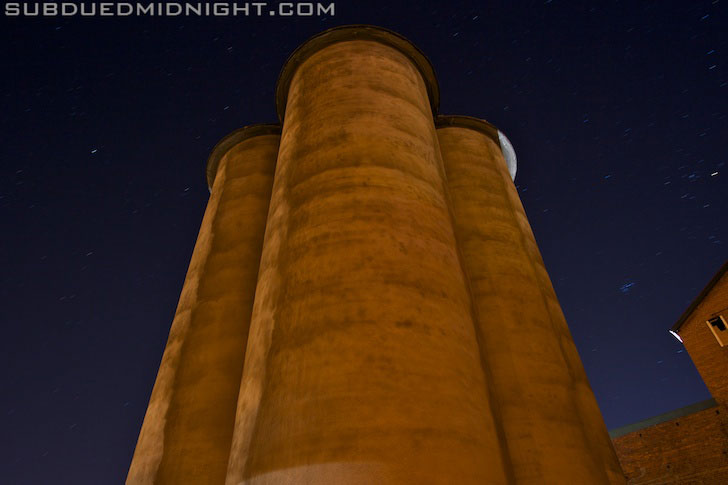 Structures like this are amazing. There is always more than meets the eye. Three rotund columns of concrete - very plain, very basic. All you need to do is dig a little deeper and view these from a different perspective: from the inside. 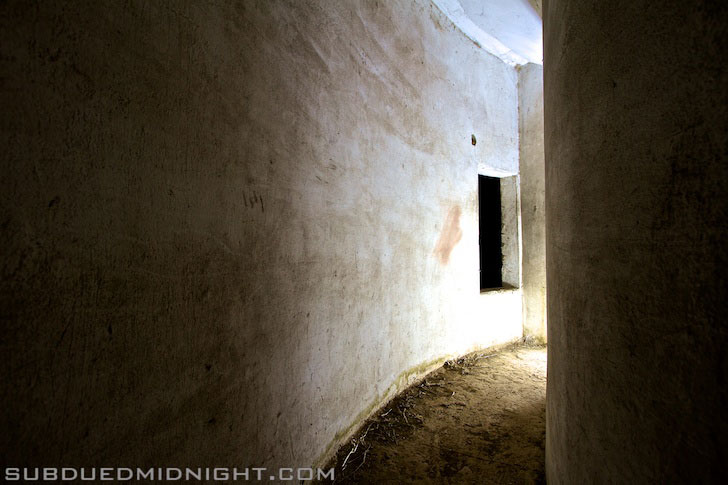 In between these three concrete silos is a cavity that extends from the ground all the way to the top, providing access to the top of the world (or at least the highest point in this uhh... "city") via a staircase. It is genuinely a strange thing to look at. 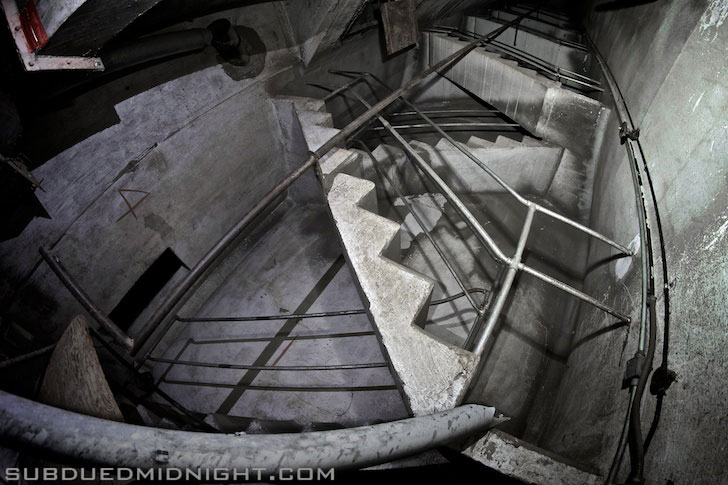 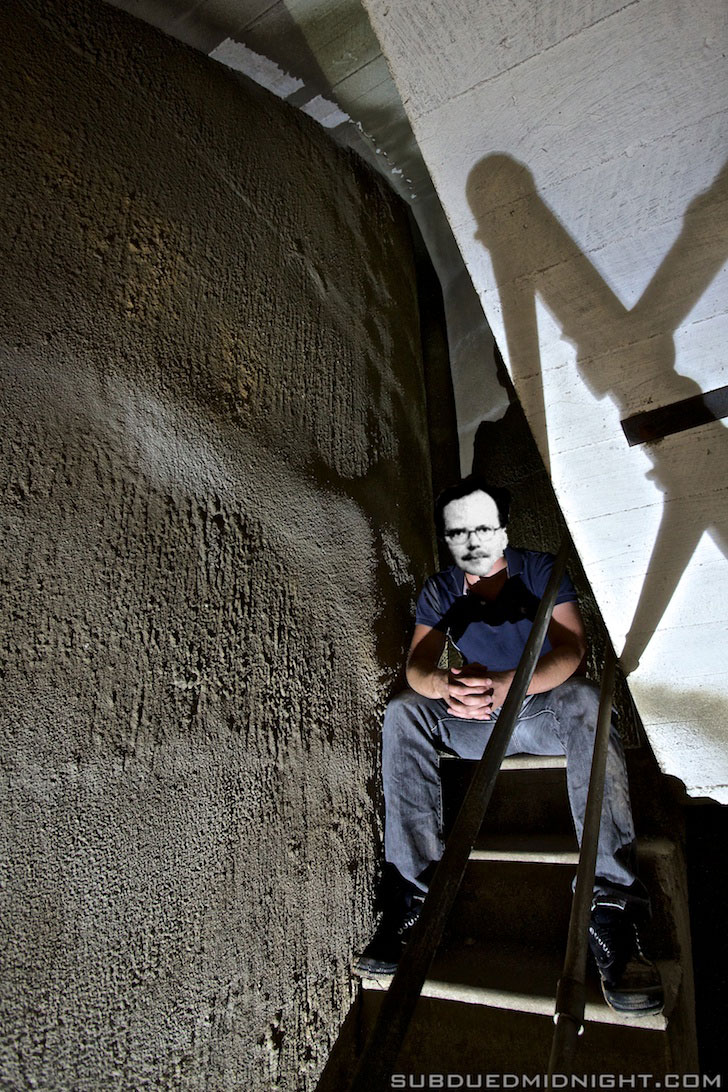 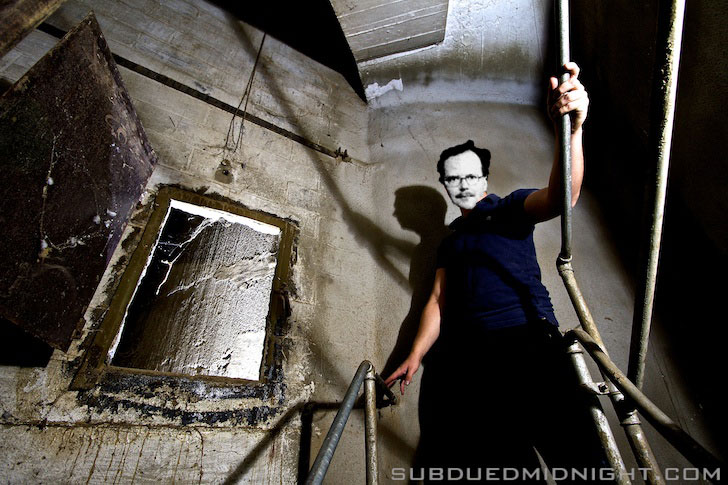 The view from the top was worth it and I watched this new home town of mine, grateful that at last I had been able to touch base again with that little explorer in me. 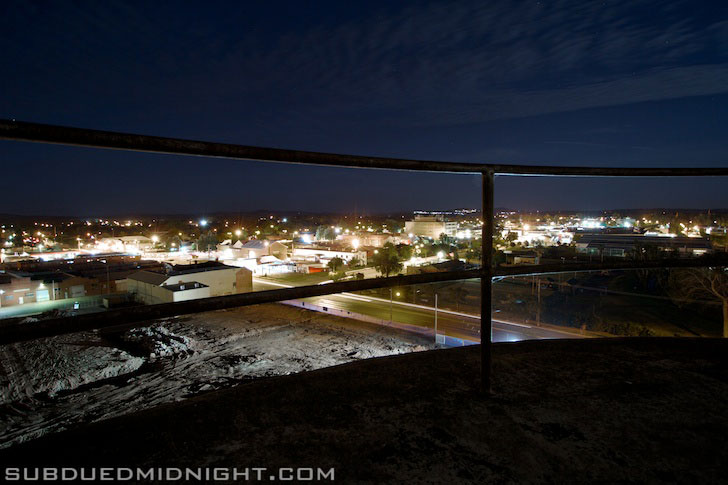 Back at the bottom of this structure a secret room awaited me. I just freakin' love secret rooms. At the very bottom of the stairway as seen in the picture earlier is a hatch and a ladder that descends another storey or so into the ground. From there it runs from the bottom of the silos and across to the main brick building. This allowed me entrance to the mill building itself. Although I quickly discovered so did the other three or four open doors into the place. 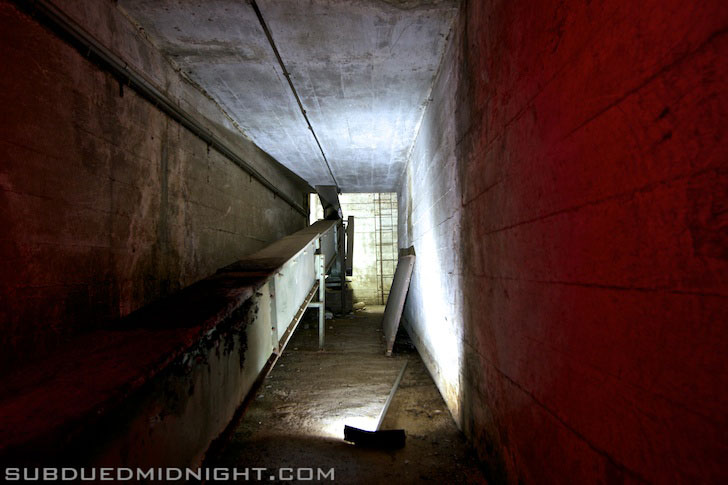 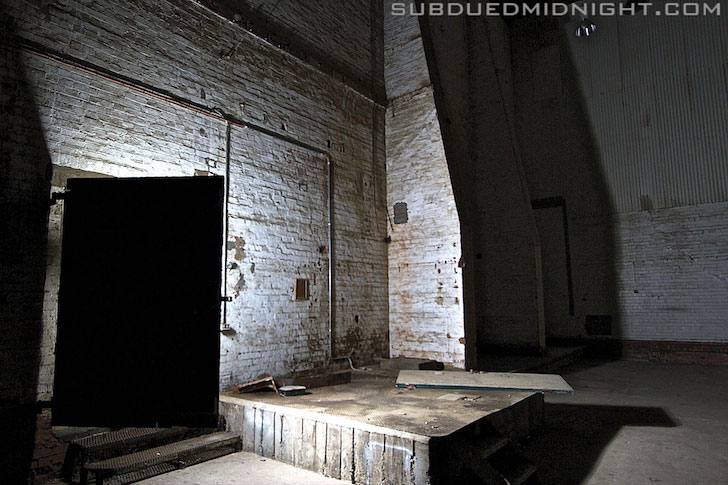 That's another thing worth mentioning about quiet country towns. I have never been to a place like this that has been so easily accessible, i.e. so many open doors. Perhaps the most interesting thing, and in an inverse relationship to the ease of access, was that this location was free of any sort of defacing or ransacking. Sure, the place was an actual demolition site but to not see a single piece of graffiti anywhere surprised me.

I'll still be making trips to the cities now and again to catch up with friends and so you'll still see the "urban" part of me. For the meantime, I'm trying something new: fucken' landscapes yeah bitch!