HDR photography. So this is what's become of me.

I was lucky to survive this adventure. There were guards with guns everywhere. But I had like four objectives I had to complete so on with it! 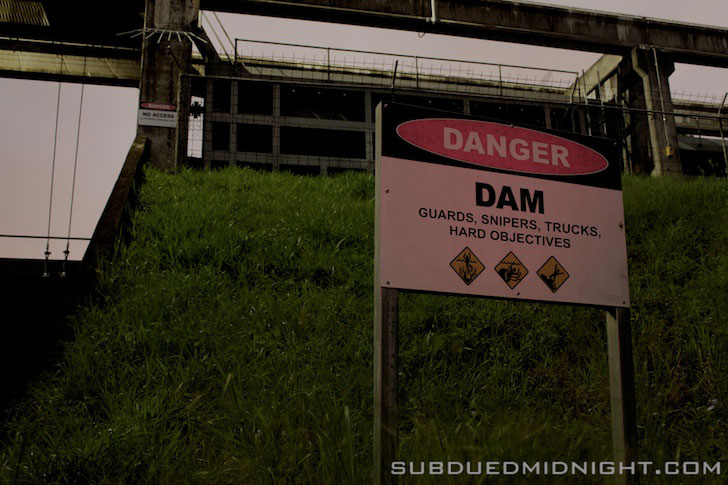 I picked up a sniper rifle in some watchtower thing which was way off to the side of the dam and started picking off guards one by one and then collecting their ammo.

Running past lots of stacked wooden and metal crates scattered about the place, I picked off some more guards with one of the 4 different weapons I was carrying.

For some reason, there was a truck waiting at a gate so I pressed a giant-ass button on the side of the gate and let it through, again, killing guards as I went. Oh yeah, and I blew some of the wooden crates up as well by shooting at them. Awesome.

I blew up some alarms along the way (OBJECTIVE A COMPLETE) whilst listening to what I think was Kraftwerk coming out of the boombox I was carrying along on my shoulder. Installed some type of thing (covert modem) on a wall some where (OBJECTIVE B COMPLETE).

Uhh what else, shot a padlock to open a gate which took me to the dam as pictured here... 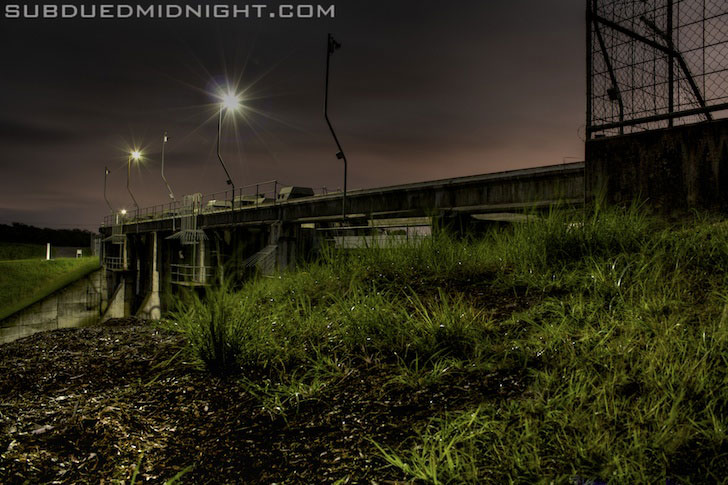 ...And then snipered lots of sentries along the dam, opened a door to the inside of the dam and went down inside it where I found some extremist views written on the wall... 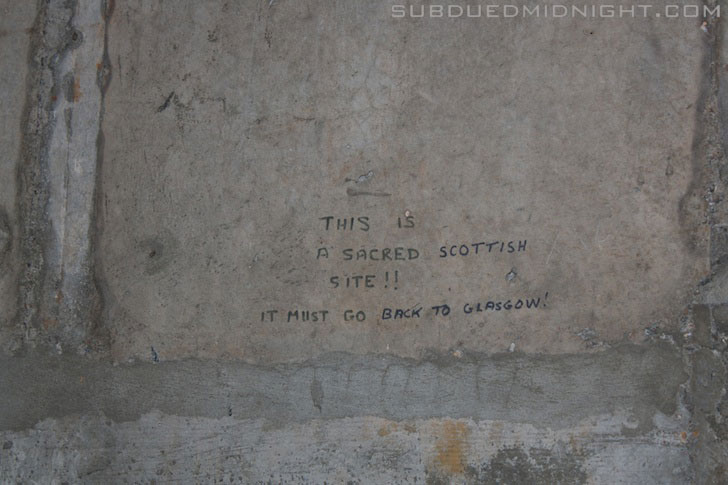 ...Then I went into a control room to intercept some data feed or something, I dunno. Might have had something to do with the covert modem. (OBJECTIVE C COMPLETE).

I looked everywhere for a bungee cord to try and jump off the dam wall. That was the only way off, apparently. There was no bungee cord so I just jumped anyway and that seemed to work just fine (OBJECTIVE D COMPLETE).

It was hard work, but I had to finish it in order to get to 'Facility' (which was even harder).