I have a habit of putting things off. I convince myself that certain locations probably aren't worth exploring. This was one of them. I'd seen the outflow to the river a few dozen times and knew that eventually, I would have to actually do the deed.

Convincing the others we should do something else instead didn't work. So I went along, reluctantly.

The outflow itself does not look particularly friendly to reach. Luckily, I was with a few people who were familiar with an alternative entry. And so it was that all four of us ended up standing in the middle of a city cul-de-sac looking very suspicious and 'loitery' saying things like, "we'll just wait until there's no one around" and, "aaaaany minute now" and, "ergh! It's so busy for midnight!"

A quick reprieve in the pedestrian traffic allowed us to lift the manhole. Hilariously, however, once the first of our group of four descended down the step irons, the street became busy once again. Keeping our eyes downward-cast and pretending no one else existed, we hurried down under the scrutinous eyes of Mr and Mrs Good Citizen.

Walking upstream, we were faced with peculiar junctions where the current length of drain would end and be replaced with another one, only two metres higher. It was a little complicated getting to the next rung, so to speak, but we all managed. 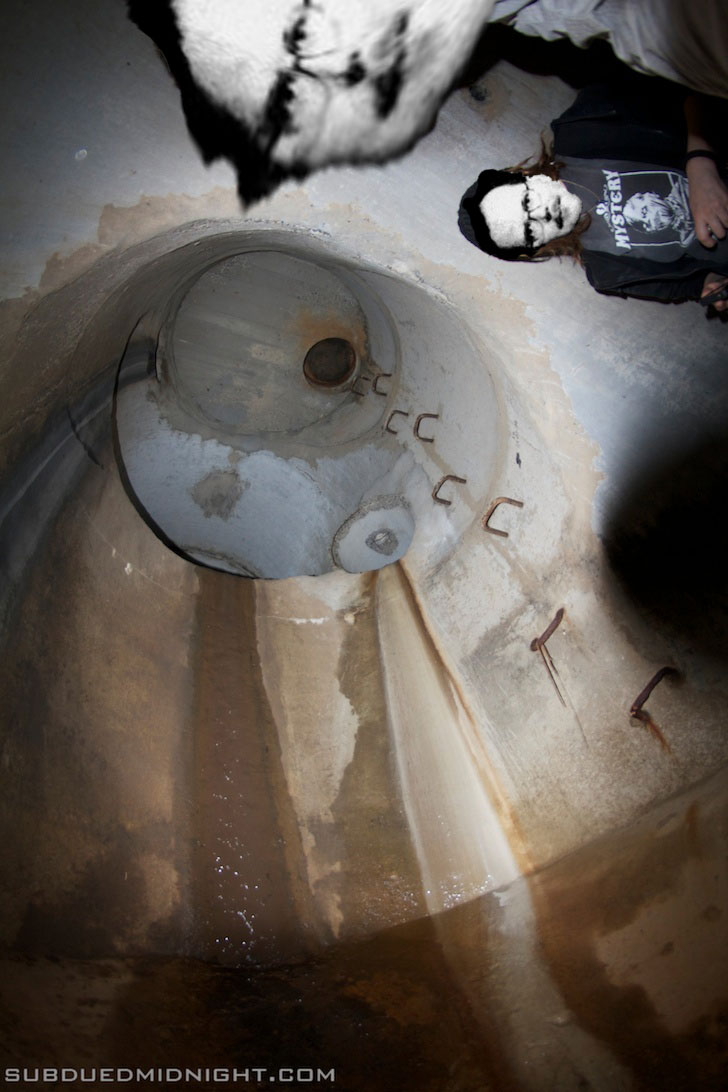 I took a few happy snaps whilst others in the group were taking real photographs. 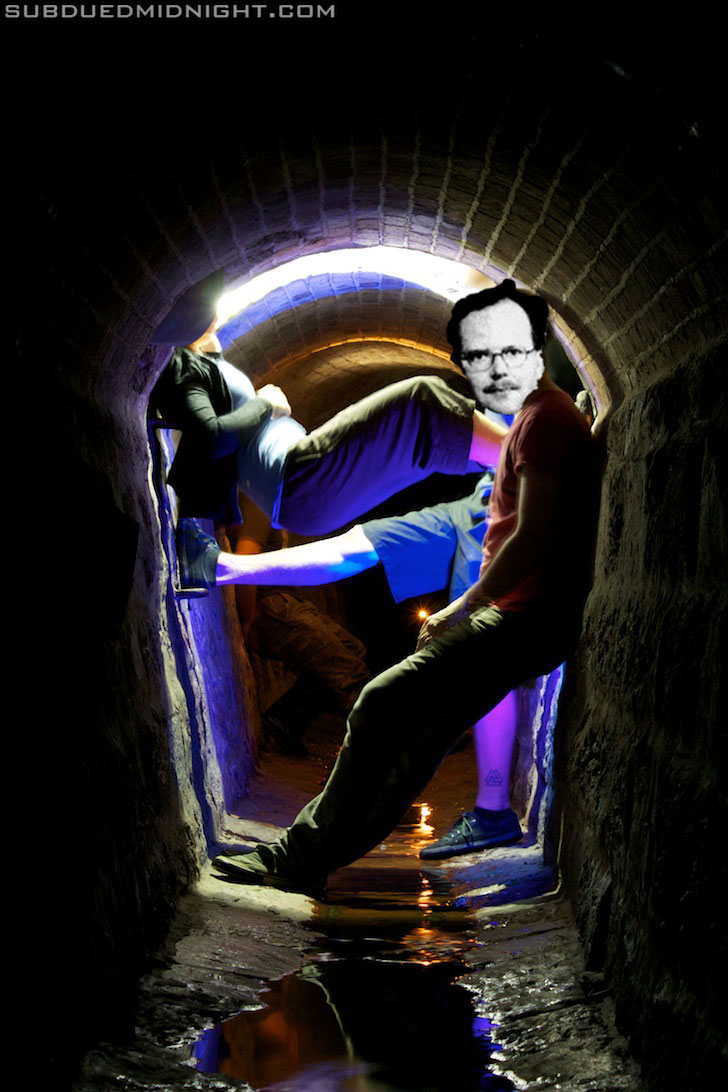 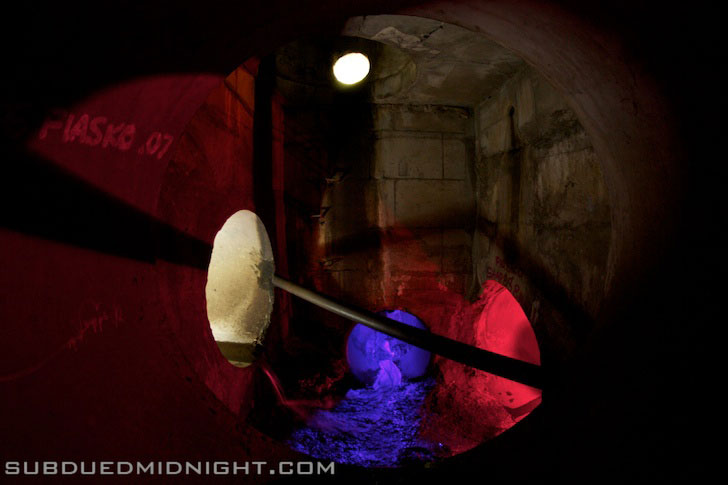 And after an hour of walking stooped over with half-broken backs, we exited through a manhole only to find a car parked over it. This is an image borrowed from one of the troop that night. 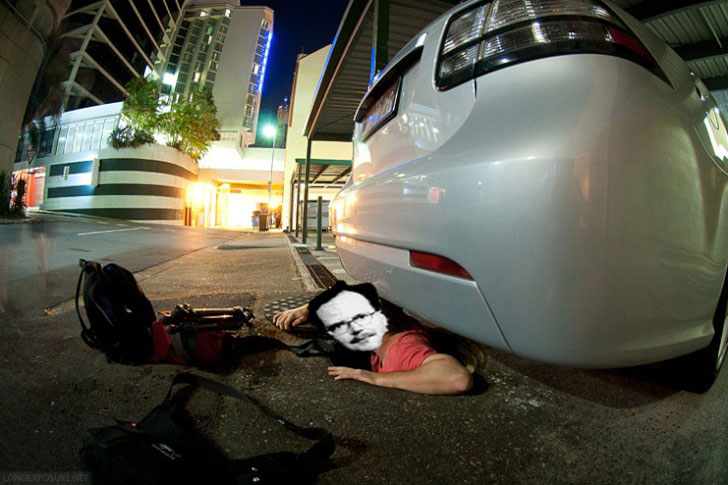