The morning birds were beginning their sweet songs on the brisk night air. We were all weary, those of us that remained out this late. Aches and pains had already claimed a few of us earlier in the night and so our solemn little group had slowly wound down to a paltry few. "Just one last thing before we head off home," yawned Aquaba, "I want to show you Shinybox. I found it the other day." We reluctantly agreed to view his latest discovery.

The drive was quick and we spent little time hanging around at Shinybox as the tide was high and would certainly be above our heads should we enter. This drain would have to wait. But it was the walk back to the car that made this entire night spectacular. "Wouldn't mind climbing that scaffolding" I said. Aquaba did the requisite first climb-and-check and then hollered the rest of us up the four flights of rickety metal stairs. What a sight. Standing atop this raised concrete structure, looking left and right, we saw hundreds of metres of unfinished road surface. It was steel-reinforced concrete sans the concrete.

"the road-to-be simply stopped in midair"

We chose a direction (downhill) and started the walk - treading delicately through little squares of steel reinforcements. It wasn't long until we were standing on a precipice where the road-to-be simply stopped in midair. Looking down at the onyx black shiny surface of the stream below us, we plotted our next move. And a few metres further out - the embankment. Of course we could make the jump! A couple of metres never hurt anyone.

Landing (read: falling) in a building site, we looked around. Straight ahead a gaping entrance into the ground caught our eyes. Still being completely dark we couldn't see much into it. We walked down to the entrance, noting that the raised road would one day be linked to this tunnel.

The walk down into the ground eventually led us to a dirt incline up to the roof of this manmade cave. Seeing a half-metre gap between the top of this unexcavated dirt and the 'roof' of concrete, we decided to press on and upon reaching the top of the climb, we crawled on hands and knees through dirt and then mud for some 50 metres until we saw light. Light from the other end of the tunnel. Our instincts kicked in and we moved on silently in case of company.

Upon reaching the light, we knew we had hit jackpot. The view was astounding. This was our prize. 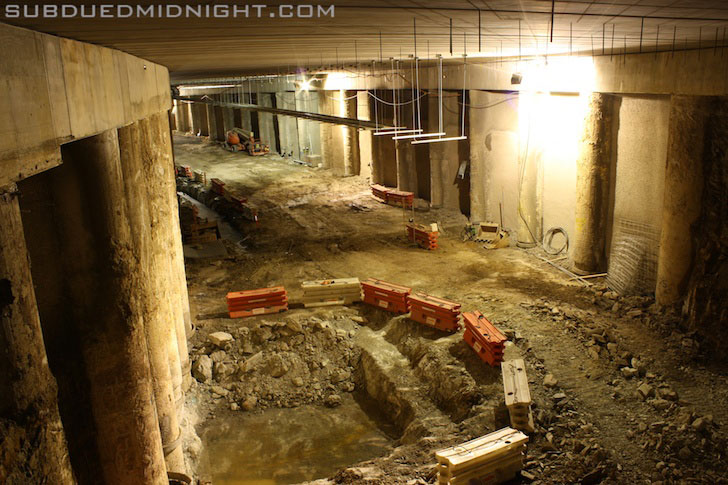 After relishing our glorious find for a short while, the decision was made to go down (straight down), not back. Aquaba with his excellent skills got us down the seemingly high cliff with a makeshift abseiling rope which you can just make out against the cliff. 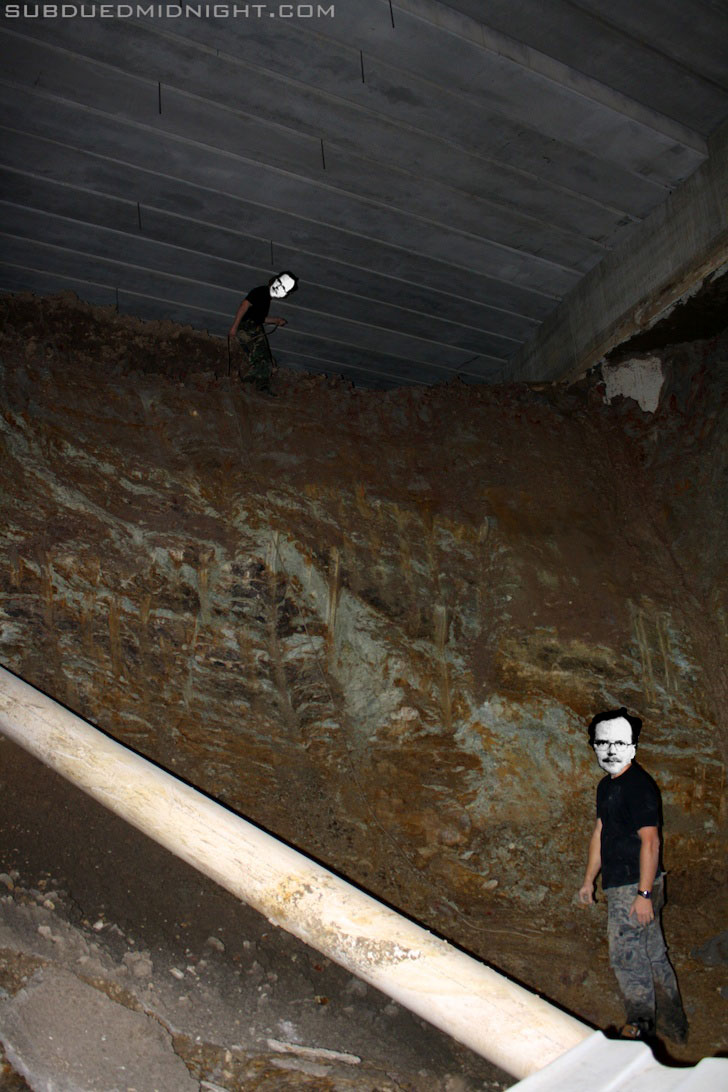 In the foreground, here are some tools playing dress-ups. 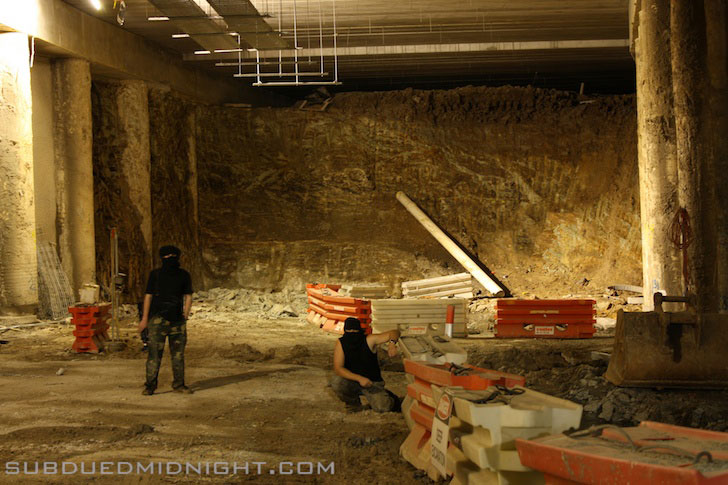